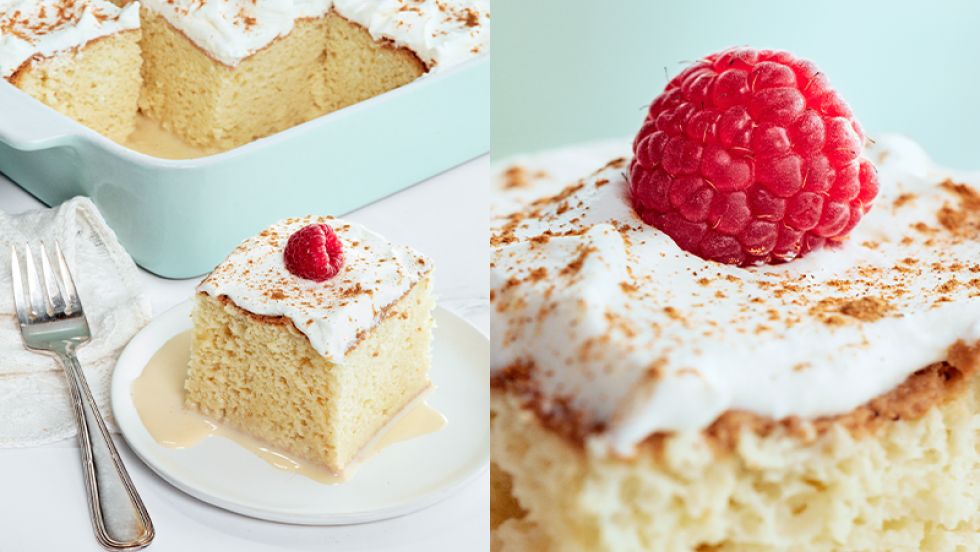 For the eggnog, in a small saucepan combine the milk, nutmeg, cloves, vanilla extract and cinnamon stick and place on a medium heat. Cook for 5 minutes, or until it simmers. Once simmering, remove from the heat and allow the spices to infuse for 15 minutes. Return the pan to the stove, and bring to a simmer.

Meanwhile, in a blender combine the salt, sugar and eggs and blend slowly. Strain the simmering infused milk. After straining, slowly pour it into the blender with the egg mixture (do not add too fast or it will scramble the eggs). Strain the eggnog, and place in the refrigerator. Once cooled, add the rum and stir to combine.

For the cake, in a stand mixer add the egg yolks and sugar and beat on medium for 10 minutes or until it lightens in color. Slowly add the milk and mix until combined, scraping down the bowl a couple of times. Sift the flour, baking powder and salt and fold into the egg mixture. In a separate bowl, whisk the egg whites until soft peaks. Gently fold into the batter. Place the batter into a buttered and flour 8 x12 inch baking pan and bake for 30 minutes or until golden brown and a toothpick inserted comes out dry.

Remove the cake from the oven and using a skewer, poke approximately 25 holes evenly throughout the cake (this will help the following step, absorb into the cake) and allow it to cool.

Once cooled, mix together the eggnog, evaporated milk and heavy cream. Pour the “three milks” over the cake and allow to completely soak in, at least 1 hour.

For the whip cream, place the heavy cream, powdered sugar, salt and vanilla in a bowl and whisk to soft peaks. Refrigerate until needed. 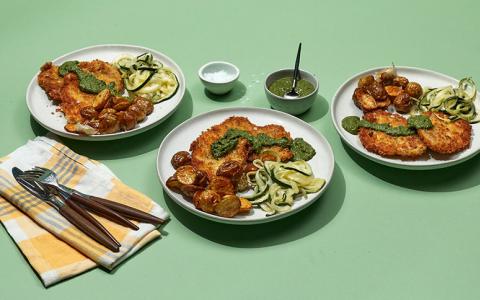