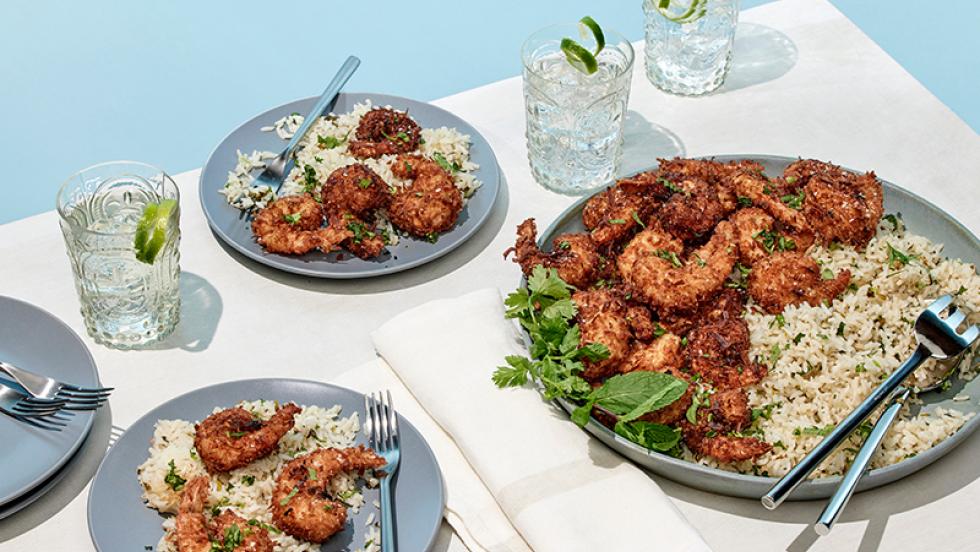 In a medium saucepan, sauté the chopped shallot in a drizzle of oil until golden. If you’re using a rice cooker, add the sauteed shallots, rice, coconut milk, half the cilantro, and a ¼ tsp of salt, and set to cook. If you’re not using a rice cooker, add the coconut milk to the pan with the shallot and bring to a boil, then add rice with half the cilantro and turn heat to low. Simmer the rice for 20 minutes.

While rice cooks, mix together remaining cilantro with mint, the juice and zest of two limes and white rum in a large mixing bowl. Once mixed, reserve half. Add the shrimp to bowl with one half of the rum mixture. While the shrimp is marinating, set up your dredging bowls: put the flour and eggs into two separate bowls, and mix the breadcrumbs, coconut, and a dash of salt together in a third bowl. Add enough coconut oil or canola oil for frying to a large pan and heat on high, until a breadcrumb tossed in sizzles. While oil heats, dredge the shrimp with flour first, then egg, then the breadcrumb mixture. Add shrimp to hot oil in batches (you want at least a ½-inch between shrimp in the pan) and cook about 3 minutes, or until the shrimp floats to the top. Remove and place on a paper towel-lined plate, salt lightly.

Once the rice is done, add the remaining 2 TBS lime juice and fluff with a fork. Add the rice to the serving plate, top with a serving of shrimp, and drizzle with the reserved mojito mixture. Garnish with an actual mojito on the side (you can’t have too much mojito!). 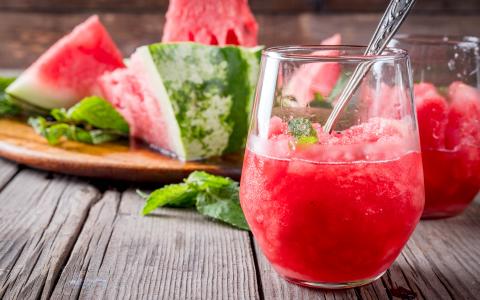 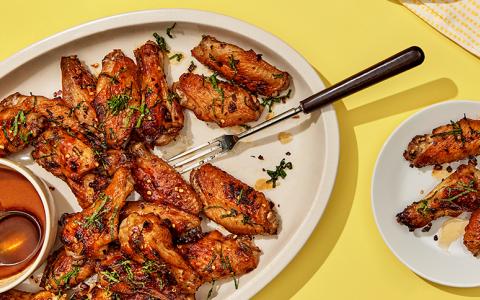