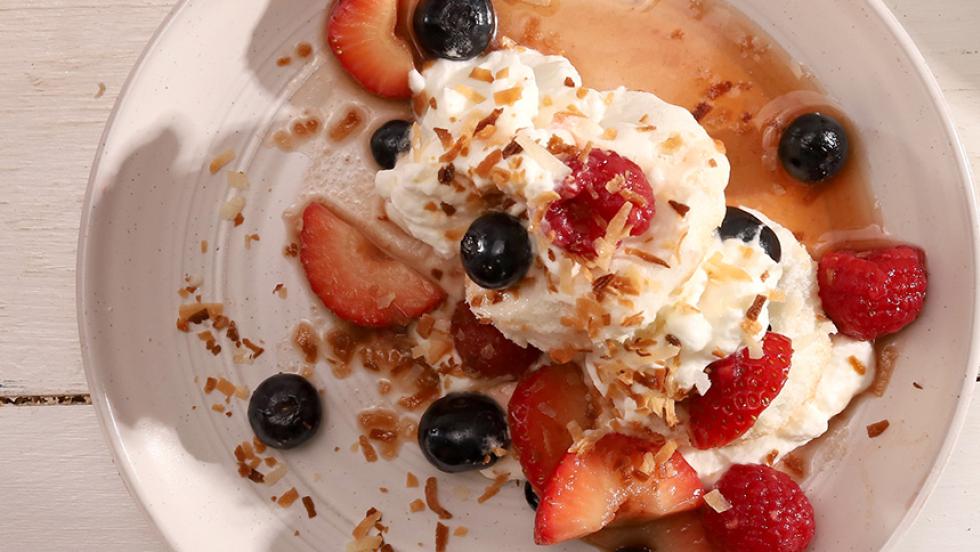 Preheat the oven to 350 degrees, line a muffin pan with cupcake liners, and place a metal bowl in the fridge.

In a medium bowl, mix together ½ cup of rum, strawberries, blueberries, raspberries, sugar, and ½ cup shredded toasted coconut. Cover and place the berry mixture in the fridge to set while you make the cupcakes.

Combine the sifted cake flour and salt in a medium bowl. Then, in a food processor, blend the sugar for a few minutes to make the sugar refined. In a separate large bowl, sift the flour, salt and ½ the refined sugar together to remove any lumps and evenly distribute. Reserve the remaining refined sugar.

In a large bowl, add the egg whites, cream of tartar, vanilla extract, warm water, and 1 tsp rum. Using a hand mixer fitted with the whisk attachment, mix on low for about 2 minutes. Increase the speed to medium and add the remaining refined sugar. Continue to whip for about 8-10 minutes, or until the mixture starts to form medium stiff peaks. Sift the flour mixture one last time on top of the whipped egg whites, then fold everything together using a spatula until just combined. Be sure not to stir out the air as this will prevent the cakes from being light and fluffy. Carefully spoon about ½ cup of the batter into each cupcake tin, allowing enough room for the cupcakes to rise. Bake for 22-25 minutes, or until the tops are slightly golden, less sticky and a toothpick comes out clean. Set aside to cool.

Remove the cold metal bowl from the fridge and add the whipping cream, powdered sugar, rum to make the whipped cream. Using a hand mixer, whip everything together until whipped and lucious.

Cheers to the summer! 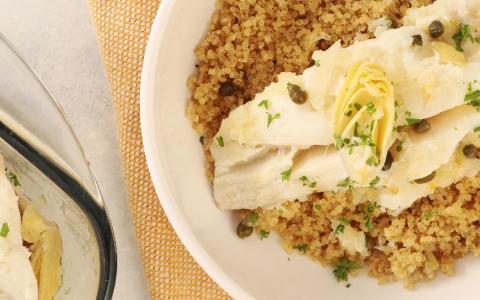 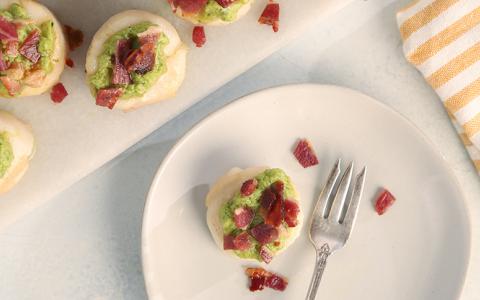