The Jack Rose is built around the balance of tart, vibrant fruit, and sour. Similar to a whiskey sour (though generally sweeter), the addition of grenadine gives the cocktail a richer flavor than plain simple syrup ever could, and distilled fruit spirit lends the cocktail a fruitier bouquet of than spirits distilled from grain.

The base of the cocktail should be some form of apple brandy. Traditionally, American apple brandy is referred to as “applejack”, or sometimes “Jersey Lightning”. A French version of apple brandy is called Calvados. Although applejack and apple brandy distillers need only use apples for a small portion of their final product, legally as low as one part in five, we recommend unblended brands that are made entirely from apples.

Tree Spirits Applejack: On the lighter end of the spectrum, Tree Spirits is made entirely from apples grown at The Apple Farm in Fairfield, and barrel-aged for six weeks. The gentle aging allows the bright apple spirit to shine through to the final cocktail.

Laird’s Straight Applejack 86: An apple brandy made from 100% apples and aged a minimum of 4 years in charred oak, similar to bourbon production. The barrel-aging gives the cocktail some vanilla notes, similar to bourbon. Light, fruity, but its 43% ABV means that it can withstand some dilution in the cocktail.

Laird’s Straight Apple Brandy Bottled in Bond: Aged 4 years in oak and bottled at a higher 100 proof (50% ABV). You’ll get richer spicy wood notes, more heat, and will be able to withstand much more dilution in the cocktail without losing flavor.

Copper & Kings Floodwall Apple Brandy: An apple brandy aged for 4 years in ex-bourbon barrels and finished in sherry casks. Drier than Laird’s, but not as dry as a calvados brandy. Bottled at 100 proof (50% ABV), which will allow it to maintain some robust flavor in the cocktail.

Calvados Boulard V.S.O.P.: A French apple brandy aged a minimum of 4 years in oak. Less sweet than applejack, and will lend the cocktail toastier notes, and a touch of vanilla. The lower proof (40% ABV) may lose some of its vibrancy in the cocktail.

Brandy, whiskey or aged rum could also be substituted, but without the Applejack the resulting cocktail would be a Brandy Daisy, Whiskey Daisy, Rum Daisy, etc.

The Jack Rose is markedly different than a Whiskey Sour (sweeter, lighter, fruitier), but citrus is still the most dominant flavor. Your choice of citrus should reflect this. Citrus juice should be fresh squeezed, never the bottled stuff. It should also be used as soon as possible, as much of the delicate oils degrade quickly when exposed to air.

Lemon: The iconic version of the cocktail uses lemon juice. You’ll get a lighter, brighter citrus flavor, less overall acidity, and a touch of sweetness (lemons contain 1.5 grams of sugar).

Lime: A common variant of the traditional recipe, with limes you’ll get more bitterness, and denser acidity. Lime can easily overpower the grenadine, so when modifying a recipe to use limes instead of lemons, it might be prudent to use less lime juice than called for (3/4 oz instead of 1 oz).

Sweeter citrus fruits such as oranges or grapefruits should be avoided. The Jack Rose is an off-sweet, citrus-forward cocktail with a tart finish. The sugar content of oranges will make the cocktail cloyingly sweet, whereas the tartness in the grenadine will be lost in the grapefruit.

We have to talk about that crusty bottle of red-flavored syrup in your fridge. Chances are, it’s not grenadine. Grenadine is supposed to be made from pomegranates (“grenade” is the French word for pomegranate), but most commercial brands are made from sugar, citric acid, and Red 40. When selecting grenadine, pomegranates should be at the top of the ingredient list! If you can’t find any authentic brands (Liber & Co., Stirrings and TRUE are good examples), cocktail legend Jeffrey Morgenthaler has an excellent recipe for homemade grenadine on his blog. The recipe is simple and it takes less time to make than it takes to read all the ingredients in your Not-Grenadine that aren’t pomegranate juice:

Now that we got that out of the way, let’s discuss why it’s in the cocktail. If we were just looking to add sweetness, then we’d just use simple syrup and call this a Brandy Sour. But we aren’t and this isn’t. The deep, rich, juicy flavors in the grenadine revitalize the apple brandy, re-introducing much of the liveliness that was removed during the distillation process.

While grenadine is the standard sweetener, remember that the first recipe for a Jack Rose that was ever published called for raspberry syrup instead of grenadine. Though less typical, raspberry syrup works in much the same way as grenadine by adding sweetness as well as tartness to the cocktail. To stay true to the original cocktail, any alternative to grenadine must provide the tangy zing that grenadine provides. And to stay true to the spirit (and name) of the original cocktail, being of a reddish hue doesn’t hurt either.

The Jack Rose can run the spectrum of sweet and fruity, to dry and sour, depending on the ratio of strong to sweet to sour. Boothby’s original recipe (assuming the yield from 1 lemon is about 1 oz), is 2:1:1, also known as the “golden ratio” of cocktails. The sweet and sour (grenadine and citrus juice) are balanced with equal parts, with 2 parts of spirit to lend the cocktail character without being overwhelmingly spirit-forward. Sour type cocktail (Whiskey Sour, Sidecar, Daiquiri, Gimlet, etc.) made by modern bartenders tend to hover around this ratio, and can be thought of as a baseline for the cocktail.

To make the cocktail sweeter, using ½ part citrus to 1 part sweetener will make a heavier, sweeter, more fruit-forward version of the Jack Rose. To lean more heavy on the citrus and give the cocktail a drier, sour punch, flip that ratio to 1 part citrus to ½ part sweetener. The citrus-forward version of the cocktail was popularized by David A. Embury, who used the Jack Rose as an example of a basic and fundamental cocktail. He preferred the ratio of 8:2:1, strong to sour to sweet, which makes it citrus-forward and spirit-forward.

In the introduction to his book, the Fine Art of Mixing Cocktails (1948), he explained that a cocktail must “whet the appetite, not dull it”, and “have sufficient alcoholic flavor to be readily distinguishable from papaya juice, yet must not assault the palate with the force of an atomic bomb.” With the 8:2:1 ratio, you’ll make something to sip slowly and thoughtfully, that won’t sit heavily in the stomach, and won’t be mistaken as fruit juice.

Going beyond the core three ingredients (Applejack, grenadine and citrus), any experimental additional ingredients should be added in the form of dashes, not tablespoons or ounces, to maintain the spirit of the cocktail.

Peychaud’s Bitters: The definitive ingredient in the Sazerac cocktail that sets it apart from an Old Fashioned, a few dashes of Peychaud’s will add some bright spice notes (anise, nutmeg, clove), without drying out the cocktail. Sweeter than Angostura Bitters.

Angostura Bitters: The classic focal point of the Old Fashioned cocktail, Angostura bitters will add clove and cinnamon notes, and an intense, dry bitterness. It can easily overpower cocktails, and should be used in moderation.

Egg Whites: As weird as it sounds, egg whites are a common cocktail ingredient in sours and fizzes. Typically shaken dry (without ice) first to froth, then shaken with the rest of the ingredients over ice. Egg whites will give the cocktail a nice frothy head, and will lengthen its flavors by giving the cocktail more body. While contributing mostly to aesthetics and mouthfeel, it will also make the cocktail slightly more bitter, which should be accounted for by a slight increase in the sweet ingredients. 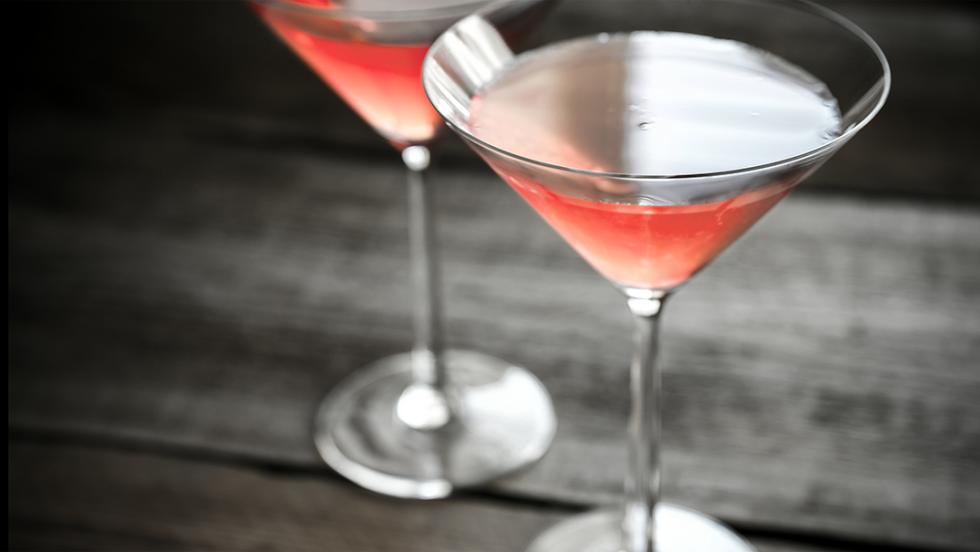 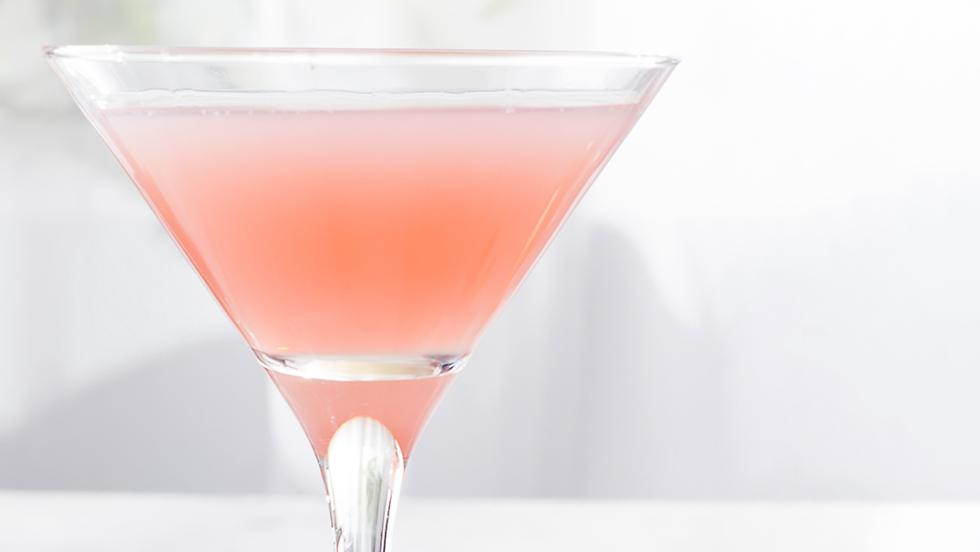 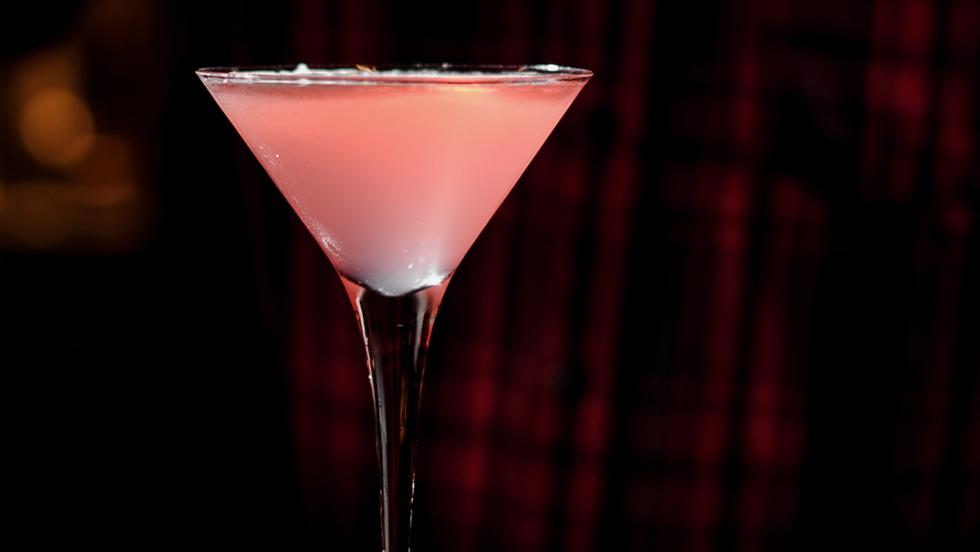